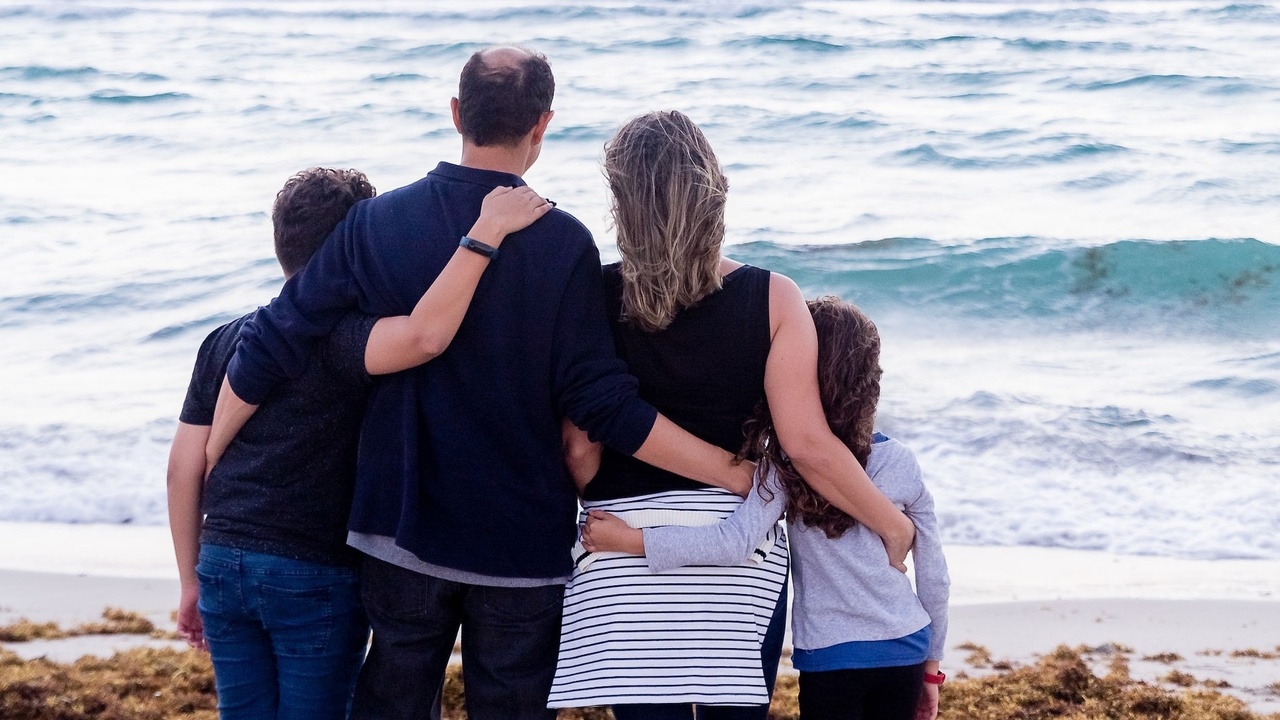 A reader asked if I could help “de-confuse” Internal Family Systems therapy. Doing so is very much part of the mission of these posts. IFS therapy, like most "branded" therapies, has developed its own set of constructs, and its explanations are, as is usual, self referential. That biases towards needing to be a disciple in order to make use of the wisdom IFS has gathered. My goal is to see how diverse theories relate to infrastructure common to all talk therapies, so the rest of us can make use of their insights.

Am I qualified for this? I haven’t been trained in IFS, nor am I a disciple so these are only thoughts. On the other hand, I have fully embraced the concept of the inner child, as expressed in several TIFT posts, and have worked with DID clients for many years, which makes the idea of an inner family feel very natural. With these qualifications, I think of myself as sort of an “inside outsider.” So I bought Richard Schwartz and Martha Sweezy’s excellent textbook, Internal Family Systems Therapy. It’s a remarkable book for being so very clear and definitive. This post, then, is an attempt to do what I have done with other therapies (TIFT #55), to explore how the proprietary concepts of IFS might integrate with the neurophysiology of change. In this initial post, I’ll examine the idea of inner “parts” in non-dissociative clients.

For readers who are not familiar, the IFS model sees the inner family as composed of four kinds of “parts.” Exiles are the little ones who, because they could not cope with some unmet need or insurmountable problem, have become frozen in time with intense wishes and emotions that threaten to, and sometimes actually do, overwhelm the system.

Next defenses against those intense emotions are personified as protectors. They come in two varieties, managers, who’s job it is to suppress the exiles' dangerous emotions, and firefighters, who jump in when there is an emergency to distract, using behaviors like addiction and eating disorders, whose intense sensations take attention away from the exile’s dreaded emotion.

Finally there is the “Self” an inner being that, once the others are separated out or “unblended,” turns out to have an instinctive knowledge of what is best for healing the system and how to make use of the therapist’s help to bring about a healthy, internally aligned client.

Personification is a powerful and natural way for humans to picture or conceptualize almost anything. Advertisers have personified dirt, bacteria, cleansing bubbles, and heroic automobile tires, to mention only a few. Using personification to describe mental functions as family members moves them from abstract concepts to vivid images. By doing this, we move them from our intellectual mind to the feeling, social mind where they make use of the emotional mode of communication that should be the true, working language of psychotherapy. This is genuinely helpful for both clinicians and clients, as long as it doesn’t mislead or cause mischief. Furthermore IFS's characterizations of exiles, managers, and firefighters is wonderfully apt. After reading the IFS Therapy book, I predict that it will be hard not to think in those terms when formulating psychodynamics. So far, I see two important benefits. First, this personification invites a more detailed and granular picture of inner dynamics than  one sees in most formulations. For example, managers fight managers, while trying to keep exiles from getting loose. Second, and perhaps even more important, like the inner child concept, personified parts have the critical effect of helping clients move away from the punitive attitudes that are almost universal when we first open our eyes to our less than mature patterns.

Denial, rationalization, self destructive behaviors, and transference can all be thought of as products of a mind evolved to deal with not only physical threats, but social and emotional ones as well. These solutions, “entrenched maladaptive patterns,” the main targets of psychotherapy, represent protective functioning of the mind, usually generated outside of consciousness, and often reflecting the problem solving abilities and resources available at a point in time when the mind was first grappling with some essentially unresolvable problem.

By personifying these functional units, Schwartz gives us handles by which to hold them, but also gives them broad elements of functionality. Personification in IFS gives parts the ability to perceive and predict threats, to shape responses, and the free will and drive to put them into action. Is this fanciful fluff or an accurate description of how the mind works? Interestingly, LeDoux (2014) describes “defense response complexes” as units of mental functioning involving the ability to anticipate or predict trouble and match the danger with a response pattern in procedural memory. In a similar vein, writing about the inner child, I have pointed out that the distortions of transference are more accurately described as purposeful, goal-oriented actions of a distinct part of the mind. Essentially both LeDoux’s concept and the idea of the inner child represent cohesive functional units with the ability to perceive, anticipate, and generate goal-oriented responses. Is that the same as what IFS identifies as “parts?” Yes, but the parts of IFS go even farther.

Parts that can choose to step aside

So far, what I have described are essentially stimulus-response units. When they are triggered, they respond in somewhat predictable ways, usually based on patterns laid down long ago. IFS goes beyond that to add free will. Much of the essence and the beauty of IFS is its unbending respect for the independent choices of parts. IFS insists on gaining agreement and consent from protector parts before inviting them to step aside temporarily or let go entirely of the jobs with which they have been burdened, and choose a new role. Furthermore, IFS makes it very clear that failing to respect the free will of parts will stop progress in therapy until the part is satisfied. According to the IFS point of view, brute force, as is often employed in the treatment of eating disorders, for example, is not seen as a viable approach.

Can we add the ability to make choices to a conceptualization of units of mental functioning? When we imagine how protector parts might make independent choices, the translation to neurophysiology becomes a bit more challenging. Negotiating with a part about changing its response is more than stimulus response. How does this relate to the neurophysiological infrastructure of change? As usual we consider first the mechanism of memory reconsolidation (MR). Could MR, causing a change in patterns stored memory, explain a part’s “decision” to let go of the burden of managing the emotions of an exile? MR does a good job of explaining how the intense and deep emotions of exiles can be healed when brought to the light of day. On the other hand, temporary decisions as described when managers and firefighters agree conditionally to step aside are not so easily explainable as permanent changes in memory structures.

What can make sense, though a bit convoluted, is that conversation with parts, whether internally with the Self or externally involving the therapist, does create conditions in which the appraisal of safety can be taken back. Specifically, the danger would no longer be appraised as certain, but would become bifurcated into a conditional logic. If the therapist is truthful and the suppression of an exile’s emotion is no longer required, a green light is given, but if there are again signs of danger, then the old pattern is quickly reinstated. Here, again, the two requirements for MR are met. First there is activation of the old pattern deep in memory (with affect allowing us confirmation), and provision of a new, surprising way of evaluating the situation from an outside perspective.

Confirmatory evidence of free will as a functional element

DID clients “parts” clearly have the ability to weigh information and make decisions. Are they that different from IFS family members? I have argued that the only difference between DID clients and us “singletons,” is that their parts are kept separate by dissociative barriers and grow and develop in isolation from the rest of the personality. In other words, I don’t see a good reason why the mental architecture of the rest of us should not be divided into similar functional units. In my view, the seeming unity of our personalities is mainly due to our taking for granted the fiction that a name designates a unitary self. In reality, we all function quite differently at different times and under different circumstances.

In confirmation of this view, I have often noticed, with non-dissociative clients, that the delicate work of healing applied to a traumatic memory can be destroyed in an instant by a few insensitive words at the end of the session. The mind’s functional organization clearly carries escape routes to deal with things not going according to plan.

To recap, IFS can be analyzed as suggesting that functional units of the mind include not only goal-oriented responses, but conditional appraisal of danger and differentiated responses according to alternative conditions. Furthermore, disrespect of the client’s appraisal of danger will be experienced as a new threat, and will elicit further blockage of therapeutic progress and elaboration of new defensive functional units.

That sounds logical, but isn’t it more useful and just as accurate for clinician and client to make use of the shorthand of exiles, managers, and firefighters, with wills of their own that need to be heard and respected by the therapist and the Self?

Somewhat to my surprise, I am finding a lot to like about the IFS personification of patterns of avoidance. In future posts, I want to discuss two other aspects of IFS, the notion of a universal “Self,” who knows what is best, and the treatment of the exile’s “burdens,” meaning unhealthy values internalized for survival.

What do you think? For myself, I plan to incorporate some of the IFS thinking into my practice. I’ll keep you posted on how it works out.