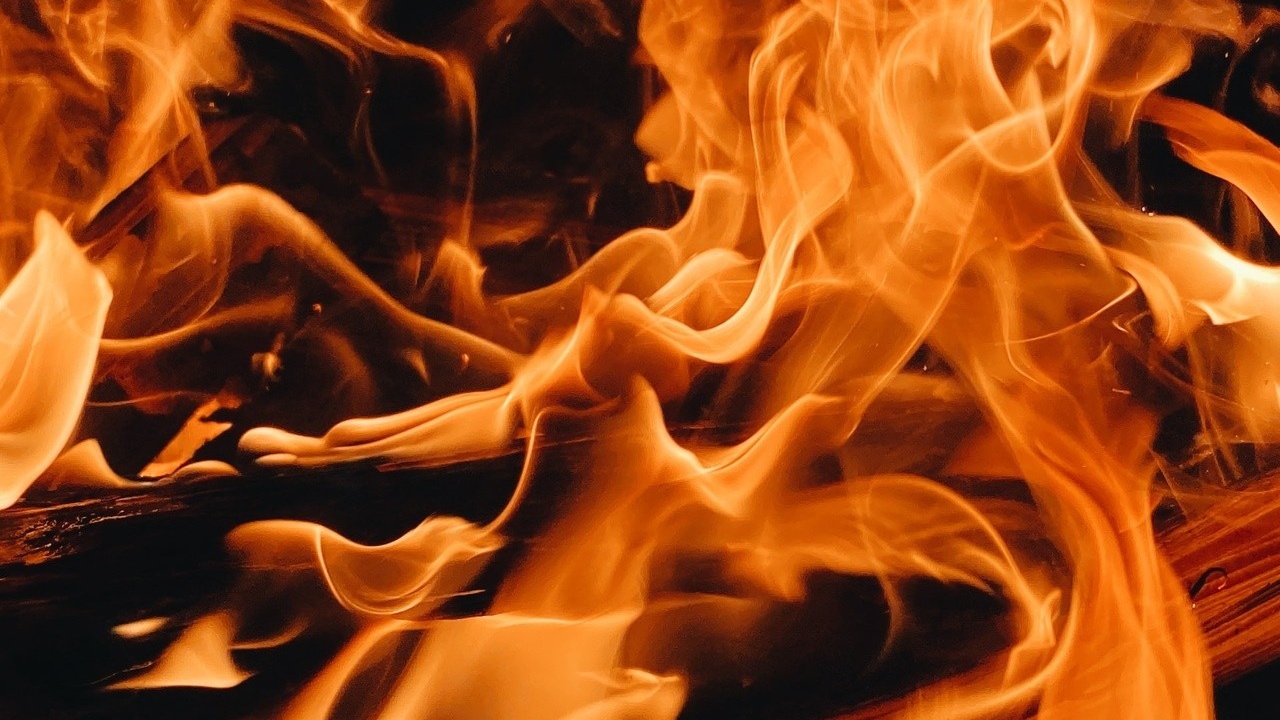 You may not be aware that the writings in this blog are based on ideas that could be considered radical. I want to clear up any misunderstanding so you are know what you are getting into. I recently re-submitted a slightly softened version of our 2017 paper, "The Affect Avoidance Model: An Integrative Paradigm for Psychotherapy" to a prestigious publication that deals with this subject matter. Several highly regarded blind reviewers came to the conclusion that the paper should be rejected. The main reason was that the ideas were thought to be “reductionistic.” This post is an open letter to anyone concerned that my contributions might mislead or do damage to the traditions of our profession.

The crux of the issue is that being reductionistic means oversimplifying and therefore losing important nuances and meaning. One of my favorite quotations, attributed to Albert Einstein, is, “Everything should be made as simple as possible, but not simpler.” Reductionistic means making things simpler than possible and sacrificing richness and subtlety. Think of Cliff’s Notes for Shakespeare. I believe that’s what the reviewers were most concerned about.

The paper proposes an “affect avoidance model” that applies to all therapies and the problems they address. That amounts to “theoretical integration,” having one theory to explain the action of multiple therapies. At present, most of the field has decided that such a thing is not possible. A review article on psychotherapy integration from 2001 expresses beliefs that are widely held today:

Those who think that integration of psychotherapy theories must be reductionistic are not entirely wrong. Many have tried, and, at best, have been able to bring two therapies into one. One of the first, Wachtel’s Cyclical Psychodynamics, remains the most cited example. The problem is that each brand of therapy was developed in relative isolation, with its own vocabulary and concepts. Trying to mush those together with the vocabulary and concepts of other theories does injustice to all. Any attempt to force together more than one theory must filter out the incompatible aspects of each, and is therefore reductionistic. Thus, the reviewers were not wrong in thinking that yet another attempt to take common aspects of multiple therapies, put them in the blender, and produce an oversimplified, “new” theory would be reductionistic.

However, that that is not what the paper does. Rather, it sets out to describe as simply as possible (but not more), the infrastructure that underlies all psychotherapies, but was not knowable when currently accepted therapies were developed. Our contribution occupies a different level of abstraction. It does not alter, challenge, or detract from existing theories and concepts. Instead, it adds new specificity about what traditional therapies and techniques do and how they work to support change. Let’s examine what is different about describing the infrastructure of psychotherapy, as opposed to mixing current theories.

The essence of the problem is that existing theories have nothing outside themselves to rest on. One definition of theory from Oxford Languages via Google is quite enlightening. Theory is defined as “a supposition or a system of ideas intended to explain something, especially one based on general principles independent of the thing to be explained [my italics].” Traditional theories of psychotherapy are not based on “general principles independent of the thing to be explained.” They couldn’t be because no such thing existed. They are self-referential and explain therapy in terms of their own proprietary constructs. This is not a failure, but the result of the fact that there simply was no basic science to clarify critical facts like why we have problems, how they are stored, or how words spoken or relational events can produce lasting change. Fortunately, this situation has changed. Unfortunately the field has yet to absorb fully the new science.

Due to a lack of core science undergirding the concepts and vocabulary of the many psychotherapies, students and clinicians have had to choose between two bad options. One is to specialize in a single brand of therapy. This is easier and more efficient than learning more than one, but it leaves the therapist wondering if one of those other approaches might be better for a given client, or worse, rejecting some clients because they aren’t a fit for the therapy. The other choice is to undertake the inefficient, confusing, and expensive task of learning multiple approaches and brands of therapy for overlapping sets of problems. In practice, this usually means learning one or two therapies and using continuing education workshops to gain a relatively inadequate grasp of a few more. Can’t we do better than that?

The thinking behind these posts is that science, only available in the current century, makes it possible to begin to flesh out the infrastructure that underlies every therapy. Whenever there is a new and significant body of science, the appropriate thing to do is to construct the simplest, most universally applicable, and most elegant description possible of how the new science explains what the field has already observed. That means looking for new ways to explain how existing techniques of psychotherapy actually lead to change. That is what the paper sets out to do. Not only does this help guide clinical work, but it simplifies training and creates a kind of Rosetta Stone, a universal vision to bring together multiple theories and techniques. As we have tried to identify universals pertaining to psychotherapy, what is most surprising, and perhaps created incredulity in my reviewers, is that there are more and deeper universals than one might expect. There is a reason. It boils down to one incredibly important universal principle:

All problems of the "mind," that is, those problems primarily targeted by psychotherapy, are triggered by deep limbic emotions, which are indirectly observable as affects, meaning feelings accompanied by bodily changes such as tears, autonomic changes, or involuntary vocalization.

It takes some explaining as in the paper to fill out the intricacies of this statement, but, having seriously vetted the idea, it is consistent with both clinical experience and neuroscience and does nothing to alter existing theories of therapy. The mental information processing that leads up to those deep limbic emotions becoming activated is full and infinitely complex. What happens after limbic emotion is activated is no less rich and complex. But the part where limbic emotion is triggered is relatively simple. That is where we can generalize without losing the uniqueness of each client or undermining the complexity of human psychology. A metaphor might be the hour glass, where the middle is relatively narrow, while the top and bottom are wide and ample. Focusing on the middle, we can grasp conceptually what happens and even observe it (through affect) as we work. In fact, within sessions, affect is not only recognized by seasoned clinicians as essential, but it has been proven by a large body of research to be a positive predictor of therapeutic success.

Having a universal to describe this core feature, how maladaptive patterns are triggered, pays remarkable dividends. It tells us the widely varied problems for which psychotherapy is uniquely suited are, in important ways, the same. Surprisingly, the vast range of our problems from attachment trouble to inhibitions to addictions have in common that they activate deep limbic emotions, which are the triggers for observable maladaptive behaviors (in the all-inclusive sense of the word "behavior"). What a remarkable notion! Oh, and did I mention that another dividend is seeing precisely how cognition, emotion, and behavior are related?

And the crowning dividend of our focusing on the link, between the mind’s appraisal of reality and its maladaptive responses is that it brings with it the realization that a very small number of known change processes can explain fully how psychotherapy can modify those maladaptive patterns. Not only that, but recent neuroscience gives us a great deal of clinically useful detail about how these change processes work and what is required for them to operate.

A Moment of Discovery

Please allow me to tell the story of how these universal principles came clear. A few years ago, culminating many years in practice, I sat down to write about what I had learned. That was the origin of my first book for consumers, How we Heal and Grow: The Power of Facing Your Feelings. Somewhere, early in the process, I asked myself what the many problems I had encountered might have in common. Quite suddenly, it came to me that they all involved the mind’s trying to avoid an overwhelming, painful, or uncomfortable affect. I called it an “affect avoidance model.” That insight led to seeing that facing and accepting troublesome affects was the main way clients’ pain could heal, allowing for changes in maladaptive patterns and personal growth. That was in 2014, and those notions have held up over subsequent years of practice, sharing with others, and study of the science. Like any statement of theory, there may be more details or better statements yet to come. We all welcome that and look forward to further discovery. Ask me about the conscience or how the ideas in these posts integrate with what we are learning about the body. I think that, even in the near term, we have lots to learn about both.

Universals have yet more benefits

Besides quieting some of the cacophony of competing but incompatible languages aimed at describing the same human troubles, having a grasp of the universal infrastructure of psychotherapy has yet more impressive benefits. Foremost, it gives us an independent way to verify what our field has been trying to capture for over a century. When we look at the techniques of various psychotherapies, they map remarkably well to the three requirements found by neurophysiologists to be necessary for modifying existing maladaptive response patterns. Those three requirements are:

The triad of clinical requirements maps no less well to Alexander and French’s corrective emotional experience, to mindfulness in the way self-centered experience is modified by a broader perspective, and finally, to voluntary behavior change as an important way to introduce new, surprising experiential information.

I’ll end with the point that understanding these three requirements for modification of maladaptive patterns makes psychotherapy significantly more accessible and down to earth. It doesn’t take arcane concepts to imagine what the mind might experience as threatening, how that might lead to deep emotional activation, or how the mind might have been shaped by evolution to generate responses designed specifically to quiet the emotions that set them off.

I hope, then, to have remained faithful to Einstein’s dictum and will gladly be held to the requirement not to simplify more than possible. That’s why I don’t think the ideas behind these posts are reductionist or in any other way harmful to readers or degrading to our field. Rather, I hope they will help therapists see therapy in more universal terms, making it natural to talk to one another across silos, use ordinary language, match techniques to clients’ needs, and to follow foundational processes rather than set methods.