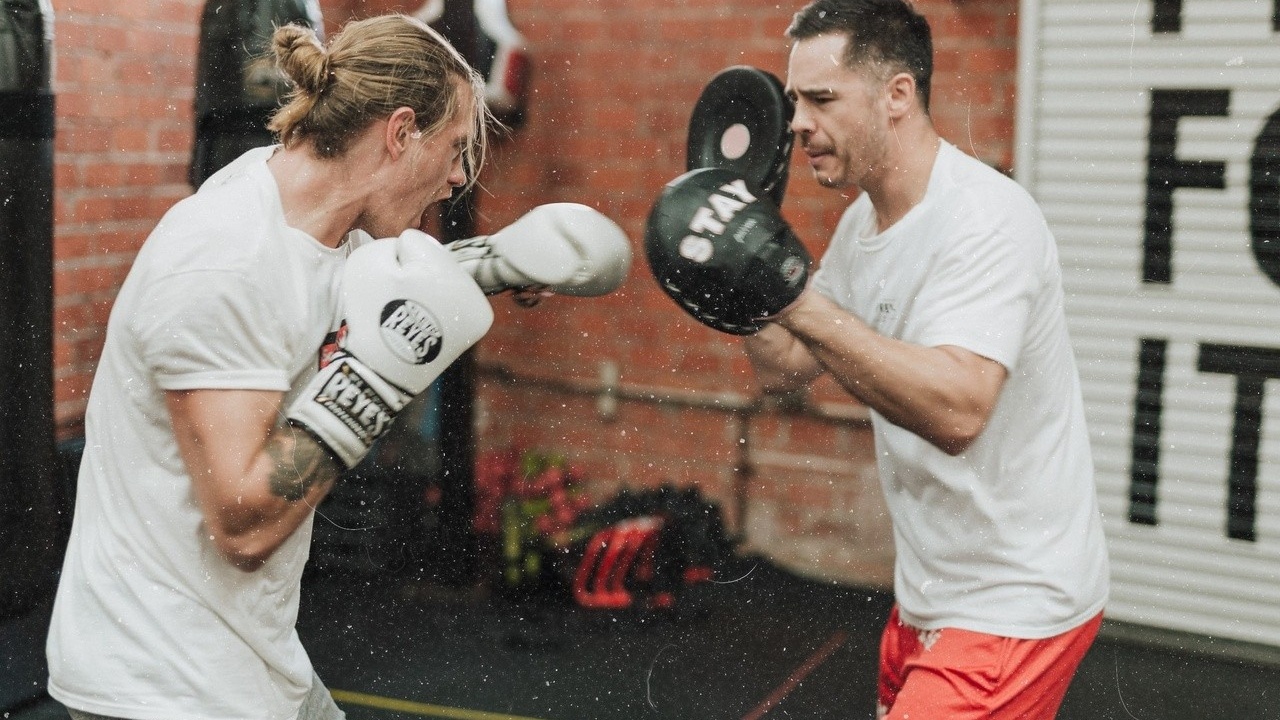 In a way, this post is a follow-up on TIFT #48, in which I explored the power of needing to belong to one another. Here’s how it relates.

When couples seek help, the situation is almost always like this: Each partner is focused on “getting the other to…” And if they don’t, then the ultimate threat is that the couple with break up, that is, the connection that binds them together will be broken. So, while the demands are different in each case, the thing that makes partners want so intensely to force agreement is the dread of no longer belonging to one another.

Underneath the specifics, each one hopes that the glue that binds them will be strong enough to make the other one listen, see, understand, respond. So they fight passionately to “get the other to…” Here is what it looks like. Each member of the partnership, like the small man behind the "Great and Powerful Wizard of Oz," is trying to present a force formidable enough to convince the other to pay attention to their emotional needs.

We are dealing with a system, a predictable interaction, a pattern where each one must match the other in power and passion. They escalate step by step, and in doing so, make desperate moves that can’t be taken back. The damage mounts and there is nowhere to go but up on the scale of violence. That’s when they realize they are going nowhere and need help. But what happens when only one is ready for help?

In any system, if one element changes, the whole system must change. Classical marriage counseling tries to change both parts of the system at once, but that is not the only way to go about seeking to modify a system. If one participant changes, then the system will be thrown into an unstable condition and positive movement can take place. In this case, the changes required are advances in personal growth, and that is right in the domain of individual psychotherapy.

The reason couples fall into this pattern is that they are acting on childhood instincts. As I have often pointed out, the way children solve problems is not by analyzing the problem but by motivating the grown-ups to solve it. Children do their utmost to portray the need, the rightness, and the importance of responding. They cry, rage, threaten, plead, self destruct, and reason in order to convince the other. And that’s what partners do with one another. It’s natural and instinctive, but not mature. It’s what we all tend to revert to when we are fighting for our emotional survival.

The growth that needs to take place and should be the goal of psychotherapy, is for the partner in treatment to switch to a mature mode of problem solving, one that seeks first to understand the problem, then, using available tools, to bring about change. That means focusing on changing the self, not the other, who is already braced to resist. This might seem easy, but when the emotional stakes are so high, letting go of the childhood mode of problem solving is genuinely hard.

What therapy can bring

The simplest approach a therapist can follow is teaching the client to make “I statements” instead of “You statements.” “You statements” inevitably involve pointing at how the other should change, and they run into the fiercest resistance. Who wants to be told how to behave. Furthermore, in the childhood problem solving mode, the child is already doing their childhood best and feels it is the parent's (now the partner's) responsibility to bring about the needed changes. "The problem can’t be me because I am doing all I can, so you are the one who has to change.”

Limiting oneself to “I” statements means talking only about one’s own subjective feelings, experience, and views. "Just saying." "I statements" don't invite argument because the speaker is the expert in his or her own perspective. They may be persuasive, but only in inviting the other to consider a different point of view. The threat to the other evaporates because there is no longer an attempt to force a change. “I am not trying to impose my reality, just expressing what I see and feel.” That is an adult approach. The partner is left free to respond however they might see fit.

When "I statements" are made unilaterally, the intensity drops. The other may still respond in a childlike mode but, instead of getting an argument, the one who has switched to “I statements” will respond with something like, “I don’t agree, but I hear what you are saying.” If kept up, this may actually lead to adult dialog. The problem is not so much how the other will respond to “I statements," but whether our psychotherapy client can resist the temptation to revert once again to “You statements.” When that happens, we are back in the old pattern of interaction.

More on why acting mature is hard

Simply switching to “I statements” is a purely behavioral approach and misses the underlying dynamic. Here, as with the full range of Entrenched Maladaptive Patterns, psychotherapy has two paths for intervention. It can approach the maladaptive pattern itself (the behavior in the broad sense), or the dread behind it. Changing to "I statements" takes the behavioral approach. Now let’s consider woking with the emotion by looking at the dread, the perception (appraisal) of a threat the triggers the maladaptive response.

What is being sought in the interaction is closely related to unfinished business of childhood, especially unmet needs. Usually the dread is failure to fulfill a life-and-death childhood emotional need. This is normal material for individual psychotherapy and also for Imago therapy, a marital model that focuses on the childhood underpinnings of marital problems. When important needs are not met in childhood, the inner child tends to wait for someone to fulfill them. Of course, in adulthood, this is likely to be the partner. The tricky part is that the inner child expects resistance. Even though the partner was chosen as someone who might fulfill the need, the choice is also based on familiarity. There are three ways the past gets repeated.

In this way, the client becomes thoroughly convinced that the partner is characterologically unwilling to fulfill emotionally essential needs. This is classic misattribution. Our client sees a character flaw in the partner, where the response is really shaped by the client’s own behavior, dynamically re-creating the past each day. Of course you can see how this can lead to an affair, where the new friend is idealized as the one who will, at last, be willing to fulfill the shortfall in childhood needs.

One more note. The partner was initially (and often accurately) chosen as one who might fulfill the unmet need. That may mean the partner takes pride in being understanding, empathic, giving, etc. When erroneously accused of lacking understanding, or empathy, and not being giving, the negative reaction is particularly sharp. No one likes to be criticized in an area where we make a special effort. Unfortunately, the partner’s understandable reaction to unfair criticism is, once more, misinterpreted as unwillingness to fulfill the client’s most important wishes and the conflict escalates another notch.

What if therapy helps move the client's “I statements” towards full bodied, honest, and caring explanations. “I’m so sorry, I had  begun to think you are basically an angry person, and now I realize that it was I who was unnecessarily provoking your anger. I don’t want ever to do that again.” That’s pretty seductive to hear, and might just lead to the partner becoming more thoughtful as well. If sustained, the positive response is even more likely to lead to an empathic and adult airing of views. Of course the partner may be involved in their own delusion, following the same childlike path of misinterpreting "I statements" as evidence of a static character defect. In that case, the resistance to sanity may be more intense and prolonged. Over time, the influence of a client who is able to sustain a mature stance in the face of triggering provocations can be as powerful as the influence of a marriage counselor. It is the same as the proven formula from Al-Anon (mentioned in TIFT #48), “Detach with love.”

Once again, I think the limiting factor in unilateral marriage counseling is the stamina of our client in sustaining an adult perspective, even when faced with triggers and provocations that tend to bring out the childlike belief that forcing the other to change is the only answer.

Besides teaching the value of “I statements” and exploring why adopting them is hard, another educational approach can help. Many couples, perhaps without realizing it, assume that reforming the other is their mission as a spouse. In contrast, a radically different formula can be surprising and helpful: “One’s job in marriage is to make the other person’s life a delight, while taking care of one’s own wellbeing.”