TIFT #47 The Future of Psychotherapy 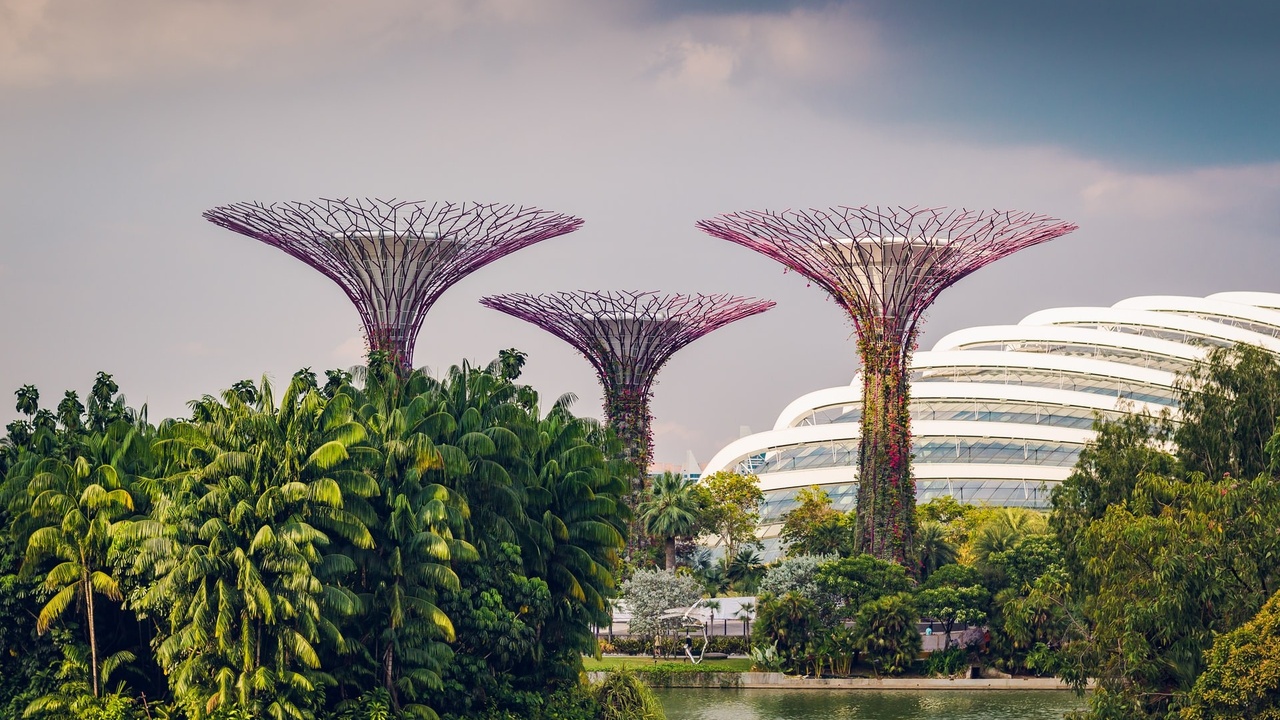 Until very recently, psychotherapy’s future has been obscure. Just as in the early years, schools and orientations have continued to build their private troves of findings and techniques, while hoping to recruit new acolytes and ultimately triumph over the others. Every year, new therapies are established, each one following a familiar path, starting with intuitive genius and a narrow focus, then applying it to a wider range of problems and seeking statistical validation. Perhaps this is the best we could do, but clients are confused, wondering what is the “right” therapy for their suffering. New therapists continue to feel pressure to narrow their studies before they have any basis for choosing. Teachers see no need for change as they look back with satisfaction on a career built on a single brand of therapy. The end result is that our field has trouble commanding respect, especially in competition with approaches that promise effortless cures and instant results.

The need for change

Many are dissatisfied with this state of affairs and pressure is building for change. Trainees are less eager to become disciples and most therapists practice some mixture of techniques. Assessment to determine if the client is “a fit for the therapy” is no longer acceptable. Dire predictions about the pitfalls of mixing incompatible approaches are less credible. Those who have limited themselves to one brand wonder if their approach is really best for all of their clients. Therapists who have taken a more eclectic direction have doubts about the coherence and focus of their approach.

If we are to rise above therapy based on intuition and a few broad statistical correlations, we would need a way to integrate multiple incompatible theories. Unfortunately, this lofty goal has largely been abandoned. One of the last attempts, Wachtel’s Circular Psychodynamics gives a helpful model for integrating two theories, but has not taken hold or gained universal acceptance. Articles on theoretical integration often end with the wistful thought that we’ll just have to keep debating, despite the reality that the debate is too often a conversation of the deaf.

The study of the mind in the 19th and early 20th Centuries was limited by a lack of knowledge of how the brain works. That is what provides us with an opening. In the period when groundwork was laid for the professional practice of psychotherapy it was clear that the mind processed information, but there was no way to go beyond conjecture in imagining how it encoded, stored, or processed that information or how words spoken and relational events could lead to change.

The scientific world was still enthralled with the power of conscious thought and anything outside awareness was viewed in a way similar to the attitude towards “primitive” societies. Freud had dared to look into the unconscious and believed it worked according to scientific principles, but could not go beyond conjecture in explaining the details. Similarly, Pavlov’s learning theory was descriptive but not explanatory. While theory and technique did evolve, what explanations there were, remained self-reflective, based on the very constructs they sought to explain. The greatest mystery in our field remained how psychotherapy actually works.

Filling that void promises to give the explanation that has been lacking. Furthermore, if the intuition that all therapies work much the same is true, then in describing a common infrastructure, we may gain a kind of Rosetta Stone, to show how different therapies support the same foundational pathways to change. Going one step further, this level of explanation has the political advantage that it supports, rather than threatening to replace existing theories, since it refers to areas where they have little to say.

A few pioneers have dared to push beyond brands and orientations. The common factors movement founded by Wampold and further researched by Norcross has furnished universal correlates of therapeutic success. Barlow’s Unified Protocol and Chorpita’s modular CBT departed from traditional methods to focus on specific situations. These were still based on correlation. Marvin Goldfried has continued to call for a “core consensus,” a science-based theoretical framework to describe specific mechanisms all therapies have in common.

Richard Lane, and others have pursued the idea that one such mechanism, memory reconsolidation may explain the action of a wide range of therapies. Building on that work, in a recent online video conference, Goldfried, Henriques and Smith found themselves agreeing upon just such a description of the common infrastructure of psychotherapy.

The framework proposed in that video conference (see references below) combines a sharpened view of the pathologies that are the primary focus of psychotherapy with recent neuroscience describing how new information is encoded, stored, and processed in the brain and how two, and only two, mechanisms are known to allow modification of existing maladaptive patterns of response. Barton Blinder describes the framework in these words: “The structure presented is solid, evidence based, and clinically comprehensible. It also has room for research and extension as well as multidisciplinary contributions. That is an amazing step forward in an area of so much dissension, competition, reliance on charismatic figures.”

The future of psychotherapy

With such an explanatory framework, it becomes possible to envision how our field will develop in years to come. Here are some highlights:

Existing schools and orientations will continue to evolve

Brands of therapy will continue to absorb new understanding of change mechanisms. The precision that comes from understanding the neurophysiology of change will help refine techniques for activating old patterns and providing novel information with which to modify them. Neuropsychoanalysis, for example, is largely built on an understanding of memory reconsolidation. Exposure therapy was built on a belief that Extinction, as described by Pavlov, was the operative mechanism of change. However, but recent knowledge of memory reconsolidation suggests that it may be an additional mechanism triggered, as is extinction, by juxtaposition of affective activation of maladaptive patterns with awareness of corrective information. Newer therapies such as ACT, EFT, AEDP, and DBT are utilizing new knowledge of mechanisms of change to refine and sharpen techniques. A unifying framework will continue to support and inform conceptualizations and techniques originally arrived at by intuition and the genius of their inventors.

Therapists will be less afraid to mix techniques

As therapists understand better the common mechanisms underlying available therapies and techniques, fears of combining techniques will further diminish. Clinicians will evaluate options based on benefits and liabilities of a technique in a given situation in relation to specific change processes and the pre-conditions they require.

Researchers will focus on universal processes

Research has largely been done within the walls of one silo or another. With an understanding of the common infrastructure, it will no longer be necessary to adhere to incompatible conceptualizations to define the conditions of experiments. Rather, research will be conducted on how to optimize technique based on universal processes and matching to client and therapist variables.

As therapists become more aware of the centrality of the processes of new learning, extinction, and memory reconsolidation they will focus on optimizing support for those processes. For example, they will seek to refine their ability to help clients activate old, maladaptive patterns and at the same time to become aware of the “antidote,” the corrective information or experience that produces prediction error and opens the door to change by memory reconsolidation. As this kind of specific therapeutic goal becomes central in the therapist’s decision making, traditional conceptualizations will take on diminshed importance. Distinctions between schools, once emphasized as points of superiority, will fade in importance. Therapists will translate easily and use multiple conceptualizations, chosen for their usefulness in describing what is happening in a particular therapy.

Venerable traditions in the psychodynamic orientation suggest that the transference is a delicate phenomenon and that an active stance on the part of the therapist will disrupt it. Therapists are taught not to suggest to clients how they might change behavior and are taught not to gratify client wishes. These technical factors will be re-evaluated on the basis of benefits and liabilities rather than rigid rules.

As neuroscience has clarified that something like 95% of the brain’s information processing goes on outside of consciousness, curiosity will grow about how automatic thoughts are formed and how evolution has built purposefulness into the functioning of the mind. They will discover that their psychodynamic colleagues are experts in understanding the development and purpose of automatic thoughts, core beliefs, and core values. They will begin to make use of this knowledge as they learn to use exposure techniques to help with internal phenomena. Instead of limiting exposure to environmental stimuli, they will learn to elicit internal circumstances and the emotions they trigger.

Psychotherapy in the world

Psychotherapy is already experiencing explosive growth in the developing world. This is no surprise, as the middle class population of the world from 2010 to 2030, is expected to double, leading millions of people to become concerned for the first time about quality of life, as opposed to survival. Acceptance of a universal framework will make it possible for therapists in developing areas to learn effective techniques, no longer tied to Western culture. and no longer at a level of complexity that can’t adequately be learned with limited resources.

Over time, we will all become simply psychotherapists. We will use techniques and conceptualizations from a variety of sources to match our interventions with the needs of our clients. We will gradually abandon our allegiance to specific brands of therapy and participate in a single community, working together to continue refining what we do. Clients will no longer be confused by an overabundance of competing therapies, but by confidence that a therapist is someone who knows how to help them change the entrenched maladaptive patterns that bring them for help.

Seeing that our art is built solidly on neurophysiology, psychiatric training will again place psychotherapy near the center if the curriculum. Psychologists, social workers and other practitioners will become more knowledgable about the neuroscience underlying their work. As we focus on well studied processes, doubts about the cost-effectiveness of psychotherapy will diminish and access to funding will gradually improve.

Infographic Introduction to the Common Infrastructure of Psychotherapy  Download Here.