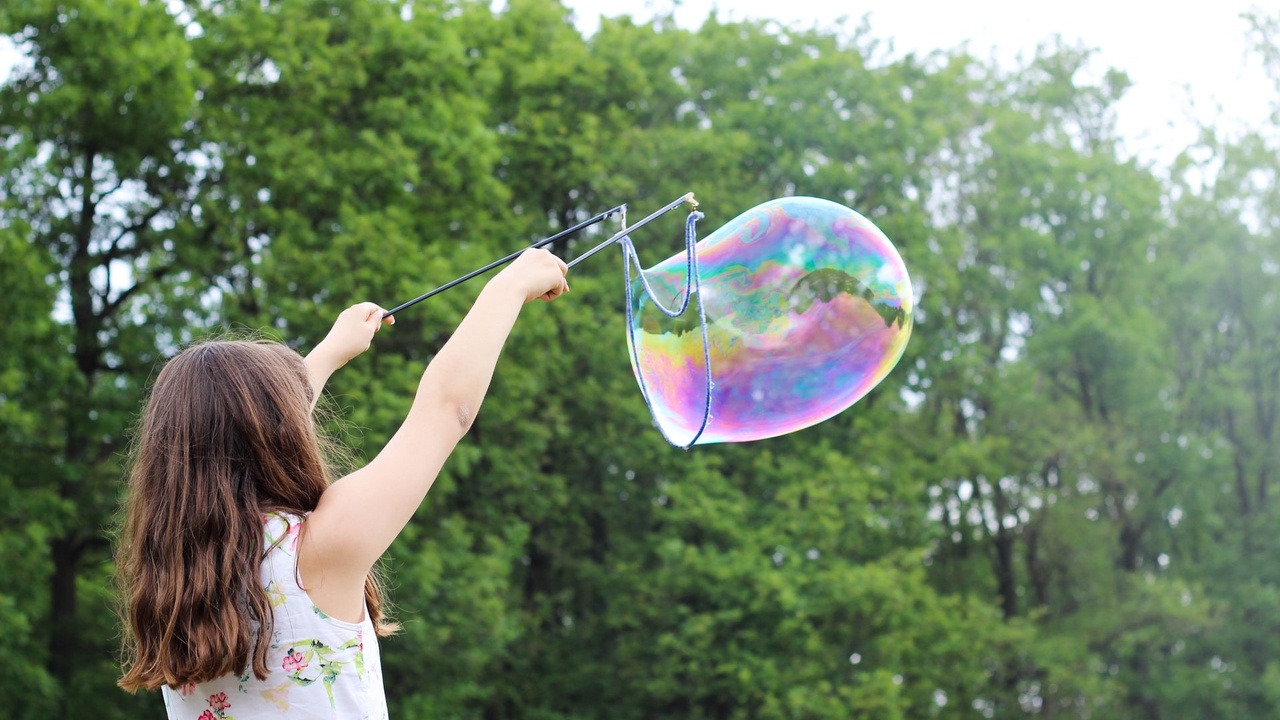 A theory is only a theory, a plausible explanation of reality. But, when a theory grows out of one area of science, then comes full circle and confirms a completely independent set of observations, we gain confidence. In the case of psychotherapy, knowledge coming out of teaching rodents to be afraid turns out to confirm what our field has been groping towards since its beginning. From this research we now understand the basic principle that activation of old affects in a context of new perspectives leads to positive change.

Perhaps confirmation isn’t so important, since we already know therapy works. More important is the new clarity and precision the learned fear paradigm lends to what our field has been trying to understand for so long: the essence of what we need to do to support positive change. Having this new clarity can only lead to improved technique. Not only that, but knowing the essential core of what psychotherapy needs to accomplish gives us a kind of Rosetta Stone, a common language permitting us to decipher dialects that have appeared incompatible, but are really very similar.

This post is about how clinicians can use a science-derived model to bring clarity and precision into psychotherapy practice, while crossing between schools and orientations.

For completeness, I’ll first mention some basic functions of all therapies, then we’ll move on to the foundational change processes at the center of an affect avoidance model. We'll review how our field has sought to understand what makes change happen and how neurophysiology adds important clarity. More specifically, I'll discuss how new theory supports and adds refinement to specific therapies.

Before we get to the core of the subject, there are several broad areas common to every therapy and often necessary, but facilitative, as opposed to the foundational change mechanisms most central to our work. I mention these so as not to give the impression that core processes are all there is to psychotherapy.

What learned fear research tells us about change

Both Extinction and Memory Reconsolidation share the same two requirements. The original maladaptive pattern and its core emotion must be in an active state and there must be a “collision” with surprising new information (cognitive or experiential) that produces “prediction error” as it contradicts, then updates the old pattern.

Groping for truth: Seeking to understand the curative agent

Working with trauma patients in the 1890s, Freud found that “making the unconscious conscious,” when accompanied by affect, led to healing. He got the first condition right: activation of the old pattern. Being a Victorian scientist, he assumed that he was an objective observer. He didn’t see that his calm presence was the antidote, the new information contradicting the sense of danger experienced by his patients.

Later, interpretation was introduced as a more direct way to contradict old patterns of thinking. Astute observers noticed that even here, the timing had to be such that affect was available. They were searching in the dark but getting closer to what learned fear research is now showing.

In the 1990s, a group as learned as the Boston Change Process Study Group could still do little more than describe “moments of meeting,” affectively charged interpersonal encounters, as the change agent in psychotherapy (Duarte, 2020). What was missing was the underlying neurophysiology.

In retrospect, I believe the closest direct clinical expression of the conditions for Extinction and Memory Reconsolidation comes from the “Corrective Emotional Experience” of Alexander and French. They describe how a client’s erroneous expectation of, for example, a judgmental reaction on the part of the therapist, can collide with the reality of a contrasting response from the therapist, leading to an enduring change in the client’s pattern.

With the new neurophysiology in mind, we can now recognize that this paradigm applies much more broadly than the transference, where it was first described. Furthermore, while Alexander and French had to wait for this remarkable juxtaposition of factors to happen, we can be more conscious of evoking the old response (with affect) and similarly purposeful in introducing an “antidote” to the original perception of threat. Here is an example of the complexity we need to understand. An individual who has trouble with trust and expects the therapist to judge might discount the therapist’s positive attitude, preventing new information from colliding with the old. I such a case, we will first have to work on the trust in the therapeutic relationship before the desired corrective emotional experience could take place. Bruce Ecker has written on the subject of successfully constructing conditions for Memory Reconsolidation in particular.

Using our Rosetta Stone, Exposure Therapy is consistent with the same two requirements. Based on Foa and Kozak’s 1986 paper on Emotional Processing Theory (EPT), Exposure therapy is said to rely on activating the old response in the presence of information that is incompatible with it, using the mechanism of Extinction. More recent neuroscience gives us updated knowledge that both Extinction and Memory Reconsolidation can be involved. It appears that Memory Reconsolidation is favored by fewer but more vivid exposures to the old perception, while extinction is favored by multiple repetitions. Descriptions of the procedure tend to focus on the absence of danger and often underplay the importance of the ambiance, the therapist’s voice, and the relationship as conveying important contradictory information.

CBT is a bit more difficult, because not all CBT therapists recognize that automatic thoughts are purposeful. They tend to see them  as previously learned ideas, arising randomly out of the person’s memory banks. However. evolution tells us the brain doesn’t waste energy without purpose. For example, “catastrophizing” takes place in a context where the non-conscious mind appears intent on influencing the individual to avoid a specific situation. Hence, anticipation of dire consequences functions for the conscious self as a deterrent.

While Exposure Therapy tends to underemphasize the breadth of the contradictory antidote, CBT tends to underplay the need for activating the original affect-laden pattern. Instead, CBT, by showing the client how their former belief is irrational, focuses on the antidote more than affective activation of the original maladaptive pattern. This does not prevent the old pattern from being activated, simply as a result of verbal exploration or, importantly, by behavior change, which, itself, can trigger old, affectively charged maladaptive patterns.

Interpretation was an attempt to enhance the process of making the unconscious conscious. However it was soon realized that timing was important. Insight had to come when affectively charged old patterns were in play. Now we can see that insight provided the antidote, hopefully delivered while the old pattern is affectively activated.

Similarly, contemporary psychoanalysis puts more emphasis on interpersonal events, which again tend to re-create the corrective emotional experience where the antidote may be more experiential than cognitive.

To simplify, free association serves largely to activate the old pattern with affect, while interpretation, insight, and the two-person encounter provide the antidote.

A common denominator of more recent therapies is mindfulness. What is that, exactly? It is precisely the juxtaposition of the affective perceptions of the experiencing self, colliding with a larger perspective that takes away the sense of immediate danger or distress. That is simply a new statement of the paradigm of activation of the old, maladaptive response with affect, and exposure to an antidote that contradicts the old information. (See further my post, “Two Faces of Mindulness”).

For therapists, what this means is that now we can now focus more consciously and precisely on what might be blocking the activation of affects, and, when they are present “in the room,” how can we best arrange for a collision with the antidote so as to modify the old Entrenched Maladaptive Pattern.

While this may sound reductionist, it is not so at all. In reality, bringing about an effective collision takes all the art and technique that psychotherapy training and experience can give. Being able to follow the process moment to moment, realizing the significance of what we observe, adds precision and accuracy. The further advantage of having a Rosetta Stone is that we can now choose among a wider range of possible approaches both to activation of old patterns and evocation of an antidote.

One of the objections to psychotherapy integration has been the idea that mixing techniques will somehow create incompatibilities. For example, the directive approach of CBT will prevent transference from occurring. In fact, by focusing on the foundational processes described here, the therapist can either avoid problems within the relationship or use them to bring about activation of important patterns.

One very self-critical patient invited a problem solving mode of therapy. Soon that approach led to missed sessions and a halt to progress. Exploration of the break in the relationship revealed that the client did not really believe that anyone could help. That, in turn, led to clarification of why. Angered at inadequate parental support in childhood, but afraid to turn against those he most needed, he consciously blamed himself for expecting too much and assumed transferentially that the therapist would be of no real help. The therapy shifted naturally from problem solving to working with the old dread of consciously criticizing parents and surrogates.

Conclusion and where next?

The argument here, is that all therapies revolve centrally around achieving the juxtaposition of activation of old Entrenched Maladaptive Patterns with exposure to an antidote consisting of a surprising and contradictory experience or information. Furthermore, as therapists become more familiar with this crucial change process, they will focus more on the process than on applying rules or methods belonging to a single school. This subtle transformation will increase the precision of therapeutic interventions and increase the range of options from which the therapist can draw.

In the next post, I will try to flesh out better how, in actual practice, EMPs are organized as layers, where therapy requires working from the most accessible layer to the next, and so on.