TIFT #43 The "Dread" in Perspective 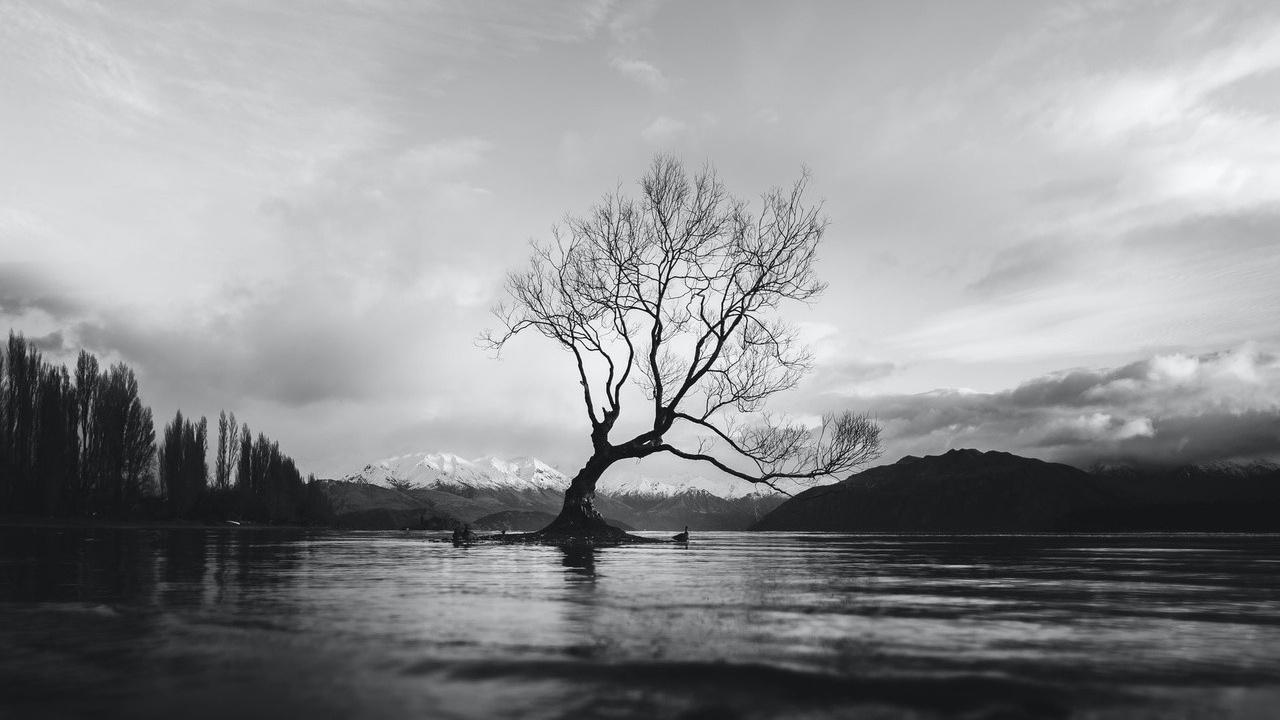 In TIFT #42, I introduced the idea of dread. It may have seemed dark, but It’s really hopeful. Why? Because at the time, long ago, when the mind first sought to avoid, there didn’t seem to be any alternative. But those bad times are over and now we have a better way. By facing the dread in a context of connection and safety, those bad feelings can, at last, heal. So it may be scary, but the demons are of the past. The war is over.

Let’s look again, more systematically at the dread, the avoidance of which gives energy and staying power to the Entrenched Maladaptive Patterns (EMPs) that therapy seeks to replace. First, we’ll locate the dread within framework of the Affect Avoidance Model. In part II, we'll look at additional examples of the dreaded emotions that drive our EMPs.

Dread and the Affect Avoidance Model

As our client comes closer to emotional awareness of what is dreaded, the deep limbic neurons that trigger a maladaptive avoidance pattern are activated. That activation fulfills the first condition for change by Memory Reconsolidation or Extinction. The second condition is exposing the client to a surprising new perspective or experience that contradicts the problem pattern. The act of exploring together fulfills both requirements, bringing to consciousness the old pattern and putting it in a thoughtful and surprising adult perspective. Together the two conditions lead to updating the old pattern in the light of the new.

Notice that the central, pivotal element in the generation of a maladaptive response is core limbic emotion. Notice also, that a large part of the response is, in effect, to send “products” of the mind into consciousness (The mirror). These can include automatic thoughts, rationalizations, conscious feelings, impulses, and affect  (meaning feeling + visceral changes).

How mind seems to "try" to influence conscious choice

My work with people in early recovery convinced me that mental products like thoughts and impulses actually have a purpose, to influence conscious decision making. It was the way newly sober people had ideas like, “Maybe I’m not really an alcoholic.” Those automatic thoughts seemed perfectly crafted to influence the person to choose voluntarily to drink. As any dieter knows, the mind has varied and powerful ways to influence our conscious choices.

It might seem that exploration of the origin of automatic thoughts is frivolous and serves only to satisfy curiosity, but the thesis of this post is that exploring the dread that underlies automatic thoughts, impulses, and other products of the mind, actually brings about the conditions named above for change to take place. The idea here, is that, while therapy aimed at behavior change and correcting irrational thinking is helpful, we often do best to home in on the dreaded emotion whose avoidance is the hidden driver of the behavior.

Of course, getting close to an emotion also requires us to look at the circumstances around it. Understanding the circumstances and the emotion is what allows our client to experience the full complex, which is precisely the activation required for change.

The immense variety of things we dread

TIFT #42 gives a few examples of kinds of dread. Here is a more extensive sampling of dreaded emotions and the developmental context at the time avoidance began. Mark Solms, founder of Neuropsychoanalysis writes that all problems begin with unmet needs. That is a very broad truth but the specifics vary tremendously and are unique to each individual. We should not be satisfied with general needs or the dread of their not being met. Rather we need to move in closer to the most personal and evocative version of what our client dreads most.

1. Dread of acceptance:  Acceptance is really hard and is avoided because it leads to the pain of admitting irreparable loss. When the loss is something the mind has regarded as essential to life and growth, acceptance is intensely dreaded.

2. Dread of responsibility: For children, responsibility is absolute, and when the child isn’t sure of having the strength, stamina, or resources to fulfill a responsibility (such as becoming the “man of the family” or caring for a younger sibling), the dread is as absolute as the responsibility.

3. Dread of missing out on youth: This was Jason’s dread. Perhaps surprisingly, children do drastic things to protect their own pathway to growth and development. They know that their job in life is to become all they can be, and they treat this job as an absolute, an imperative. When needed support and help is missing, they tend to wait, rather than to accept having to make do with a flawed path to growth. Thus, a frequent reason for reluctance to step into adulthood is waiting (silently) for someone to offer the support that was missing.

4. Dread of shame: A very common, and challenging group of EMPs are triggered by the anticipation of shame and allied feelings like self-disgust. Not all shame is bad. Normally, shame functions as a healthy deterrent to behavior that would threaten the social fabric. However, as stated in TIFT #9, when shame is inappropriate, it is due to faulty standards.

One way dysfunctional standards are acquired is in trauma when the negative attitudes of the perpetrator towards the self are internalized. Another pathway is when children construct their own values to avoid pain. An example is valuing self-sufficiency and hating neediness. Why do children develop such values? In order to avoid the constant pain of wanting and seeking something they need but will be denied.

Thus, inappropriate shame and its underlying standard together constitute an EMP unit, but only one layer, where there is always another layer below, the one that caused the faulty value to be formed in the first place. The dread and pain caused by anticipation of shame are real, but can be faced and resolved like other dreaded emotions (see also TIFT #9). On the other hand, the presence of maladaptive shame tells us to look for a deeper level of dread. In trauma, with internalization of the perpetrator’s negative attitude towards the self, the deeper dread is usually that of being utterly alone while under attack. In cases of neglect or deprivation, the deeper dread might be the painful experience of inability to control one’s neediness and its hurtful consequence, being told, "No!"

Other sources of the dread of shame come from the almost universal value we place on standards of self control, maturity, and control of emotions. Avoidance patterns range from living a spartan lifestyle (to strengthen self control) to turning anger against the self (to avoid anger at the other), but the key to unraveling these maladaptive avoidance patterns is understanding not only the dread of shame but also the deeper dread that led to adoption of the faulty standard.

5. Dread of being caught unprepared: How often do trauma survivors have a dread of re-experiencing their traumatic experience? Looking closer, I think the stronger dread is not always the pain. We have an amazing capacity to forget pain, but humans are intensely averse to being taken by surprise. For trauma survivors, the dread may be more the shock of being unprepared for a flood of memories rather than the event itself. This is a good place for a thoughtful and patient inquiry.

Surprises can also be in the form of bad news. When we are not braced, we are particularly vulnerable. That’s why humans often predict the worst so as to be prepared. Here, too, it is worth looking into how much of the dread is from the experience itself and how much is related to the vulnerability revealed by being caught unprepared.

6. Dread of passivity: Of course it is natural for humans to dread the experience of pain. We don’t want to volunteer for pain or invasive procedures. Perhaps this dread is built into the architecture of the mind. However, such a dread can also be due to the hurt of being done to, as opposed to being allowed to choose.

7. Nonverbal interpersonal dreads: Not being seen as an individual, lacking human connection when we need it, being emotionally engulfed or swallowed by another. These are some dreads that arise from early life experiences and can affect attachment styles and personality traits. A common EMP that has a tremendous impact on relationships is the avoidant attachment style, where the individual craves connection, but can’t handle closeness when it happens.

8. Dread of injustice:  Inner children may wait years and put themselves in the way of harm in order to get the other to see how wrong they have been. What dreaded feeling might be behind this, often it is the dread of feeling at fault, while knowing it is not true. This happens when children are still too young to understand that bad things may not be anyone’s fault. The logic of the young instinctive mind doesn’t have room for that. It’s binary and someone must be at fault. So when the parent won’t acknowledge their failure, the child feels it must be the self who is at fault, yet that feels wrong. The result can be a lifetime of trying (by proxy) to resolve the question of who is really to blame while never settling on an answer.

9. Dread of anxiety: As mentioned in the earlier post, clients often express dread of anxiety or panic. The point here, is that the anxiety is a signal. It is an indication that something bad is anticipated. We still have the job of finding a deeper layer of dread for which anxiety is a warning.

10. Dread of judgment: Being the center of attention is avoided by some, as is expressing an opinion or some other way of being noticed. In these common avoidance patterns, what is the dread? Is it dread of being guilty of self-promotion or pride? Is it the fear of being surprised by a negative comment? Fear of judgment by others usually signals a deeper fear of failing to meet one’s own (unrealistic) standards and the resulting (inappropriate) shame.

As long as it is, this list is still incomplete. The point of the discussion is to suggest being fully open to the many things individuals can dread and the advantage of healing the underlying painful emotions rather than avoiding them. As therapists, we must not be satisfied with abstract labels to identify the dread. We need to keep moving closer (without pressuring) until the experience of the dread comes “into the room.” As this happens, the process of detoxification is already underway, progressively softening the underlying drive behind a painful pattern of avoidance.