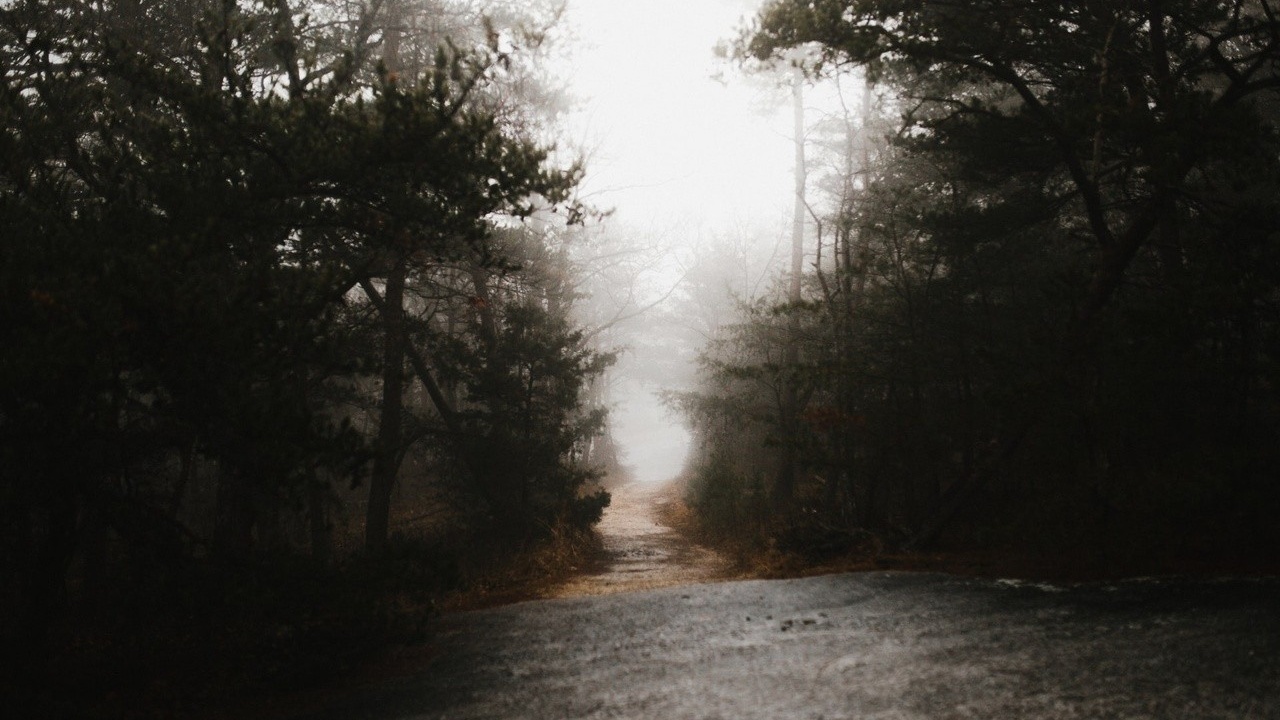 With this post, I’m proposing practical guidance to make psychotherapy more effective. The idea is simple. Giving ourselves and our clients the task of discovering what it is they most dread will turn out to be surprisingly helpful. Here’s why.

Essentially all of the EMPs (Entrenched Maladaptive Patterns) that our clients want to change represent the mind’s ways of avoiding what they most dread. By daring to explore the nature of that dread, we do far more than satisfy our curiosity. We establish, incrementally. the necessary conditions for enduring change.

To simplify, as our client comes closer to emotional awareness of what is dreaded, the deep limbic neurons that trigger a maladaptive pattern are activated, and that fulfills the first of the two conditions for change by Memory Reconsolidation. The second requirement is exposing the client to a surprising new perspective or experience. That requirement, too, is fulfilled by exploring together, naturally providing the client with a thoughtful, adult point of view on the subject. The act of exploring the dread together thus facilitates the change process, allowing the old pattern to be traded step by step for more adaptive one.

Jason is an RN in his thirties. He got in trouble with an opioid addiction and lost his job, but was able to join a recovery program and now has a year of sobriety. He joined a professional support program in his state, but has not yet received clearance to handle controlled substances, a requirement for the hospital job he wants. The problem pattern is that he seems to keep making small mistakes like missing an appointment with his professional assistance counselor. Each time he does something like that, the needed clearance is put off yet further. He is very open to the possibility that something in his mind is making him sabotage himself, but he has no immediate idea why that might be.

Following the dread is best done in partnership with the client. When introduced to the idea that his self-sabotage might be triggered by deep dread of something his mammalian brain thinks is a threat, Jason is not shocked. Rather, he feels his therapist may be onto something. He becomes curious, even more so in the hope that understanding could help him change. And everyone loves a puzzle. Therapist and client are embarking on a task of “reverse engineering” looking at a solution and trying to understand the problem it was designed to solve. But "following the dread" is often not the client’s first impulse.

Redirecting the dialog in therapy

The most natural thing in psychotherapy is to discuss the unfortunate consequences of the EMP and how to deal with them. One client feels bad about missing class and wants to talk about the impact on her upcoming test. Another is avoiding a traumatic memory and has panic attacks. It’s easier to talk about the fear of having another attack than to seek understanding of the dread that caused it in the first place.

These immediate concerns may eventually lead to discussing the dread, but they don’t do much in themselves to solve the problem. So I’m suggesting to therapists and clients, that we need to be aware of the temptation to avoid the dread and to lean in the direction of following it with some persistence.

Here’s the good news. It might seem that the immersion in the dreaded emotion or experience has to be complete. Even if the exploration starts out with a more intellectual approach, it will still activate some of the required emotional neurons. Whatever small or large part of the EMP that is activated will be subject to Memory Reconsolidation, and that will lower the remaining barriers to deeper access to the dread.

Thus, while many accounts of Memory Reconsolidation seem to emphasize the near miracle of rapid and complete resolution of a maladaptive response to a dreaded threat, the truth is that any effort to peek behind the curtain will be of benefit and will lead to the next level of affective awareness.

Furthermore, in humans, the most entrenched and problematic maladaptive patterns are usually organized as layers of defense like the moat, drawbridge, and successive walls of a Medieval castle. What this means is that there is generally one compact knot of dread that explains all or most of the problems. This isn’t always true, but, as in the principle of Occam’s razor, we do well to look first for a single dread behind multiple psychological symptoms.

We go over the specific problems Jason has created for himself. In doing so, he seems to show quite a bit of impatience and irritation at the rigidity of the monitoring program. “Why don’t they just trust me?” He is fully aware of the immaturity of his attitude, but still feels it. I ask the obvious question:  “Can you think of other times when you have felt that kind of irritation about requirements?” He responds that, as a teen he had been rebellious and had not started to focus on his career until he got to college. Soon we discover that even before his teens his parents separated. Starting at age seven, he had to go back and forth between parents homes, and his mother’s boyfriend was very scary. The freedom from worry and safety he had taken for granted were gone. Especially his mother expected him to be perfectly behaved. As he describes the experience, a small fraction of the pain and anger become apparent. Neurons are being activated deep in the limbic system. As he experiences these feelings, he is aware that he still yearns for the carefree life he lost as well as resenting having to be “good.” At the same time, as an adult observer, he (mindfully) realizes that his carefree approach to the professional assistance program is misplaced.

There are more layers to come to the surface. There is more affect to be accessed, but we are now engaged in following the dread in a way that will help him transform his self-defeating behavior incrementally and far more effectively than focusing exclusively on the behavior itself.

As is often apparent in the posts and comments of this blog, accepting early life neglect is one of the hardest things to do. An inner child seeks to replace what was missing and the therapist may be seen as the source. In this case, what is dreaded is having to face the inadequacy of parenting. For a child, making do with less love than we need for proper development is a life-and-death matter. Instinctively the child knows that conditions for growth need to be optimized. So the child finds ways to blame the self for the shortfall or wait for someone to fulfill the needs. Both strategies are aimed at avoiding a single dread: Realizing that the parenting was simply not adequate. As one client put it, accepting a shortfall of oxygen. To accept that feels like accepting death, and no child should have to do that.

Overcoming dread of acceptance simply can’t be done all at once. Healing a traumatic event can happen in one or a few sessions, but a child’s mind cannot face loss of hope. This is where the process of following the dread is likely to require small steps. For example, it might start with an intellectual understanding. That might lead to exploring all the love that still can be found in adult life. That exploration might lead to a slightly deeper appreciation of what will never be replaced. Getting closer to the dread exposes deep neurons to the fact that adult life, even without some needs being fulfilled, is not really so bad. That realization may reduce the impossibility of acceptance by a small increment. The inner child glimpses the possibility that death might not be the inevitable outcome. Black and white shift to dark gray and light gray. You can see where I am going. Little by little, within a safe, warm, and real relationship, greater acceptance, maybe full acceptance, can happen.

As with Jason, another common dread is that of responsibility. Children know when they are not ready for responsibility. They may dread being in a position that requires being responsible for things that are beyond their power. That can lead to a lifelong avoidance of maturation. It may be that the increments leading to resolution of this dread amount to gaining maturity bit by bit. Only as maturity is experienced does it become less threatening. Thus, growing is the version of "following the dread" that makes it possible for the underlying dread to be resolved, and that can take a long time.

Another reason to avoid responsibility and maturation is the dread of letting the grown-ups “off the hook.” When an inner child has been placing their hope in putting moral pressure on the big people to reform and finally fulfill their parental duties, then the dread is goes like this:  “If I grow up, then they will tell themselves they did a great job, and will abdicate any further responsibility.” In this case,  the result of following the dread is trading a childhood problem solving strategy for an adult need to grow.

Lately we have been discussing how, often without awareness, clients may find themselves braced against some experience or awareness. That bracing is an energy sapping stance aimed at avoiding something dreaded. The next question after recognizing it is to ask what dread is hidden behind the bracing.

Do you see other pathways leading to the dread?

I’m sure that following the dread will lead down many unique paths. The take-home point is that discussing and seeking out the dread may seem impossible, but even small steps are worth taking. Whatever progress is made will make the next step easier than the last. Overall, this is a fruitful activity for therapists and clients and a powerful enhancement of efforts aimed at changing thought and behavior. So when you find that an EMP is not melting away on its own, my recommendation is to try following the dread.