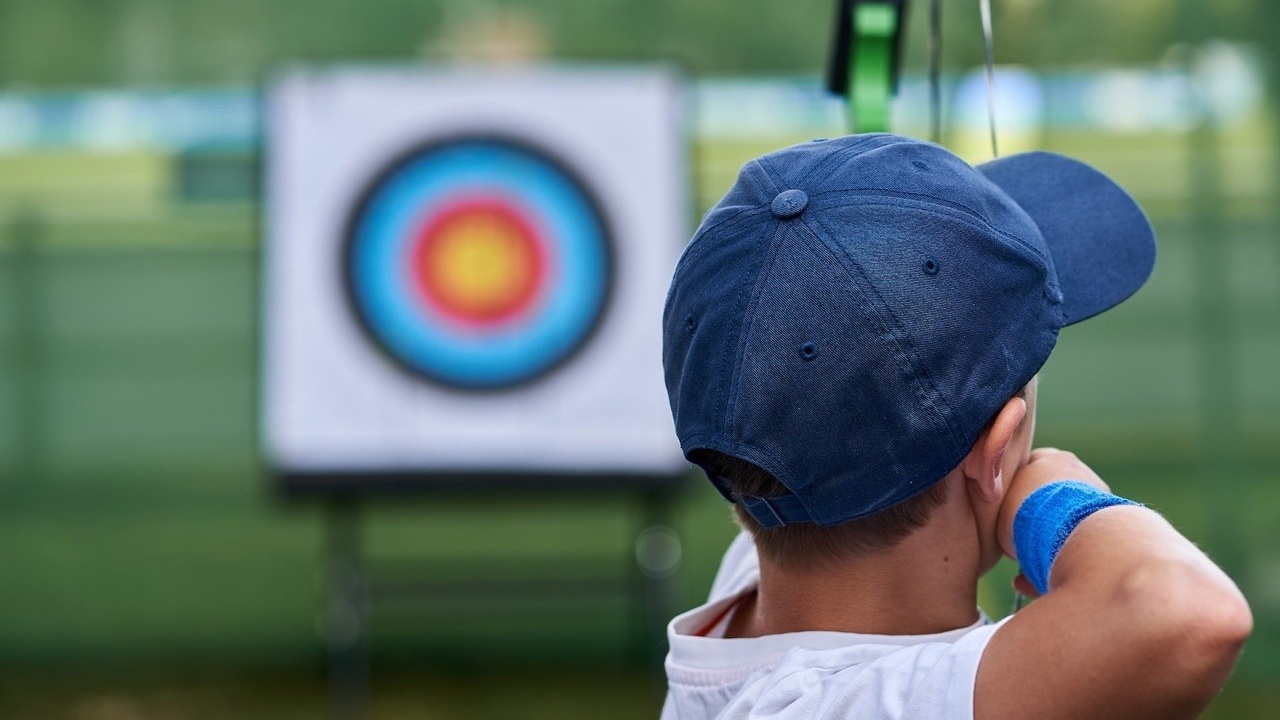 A reader pointed out that I have been using Carl Rogers’ concept of “accurate empathy” differently from Rogers, himself, and that has caused some confusion. I’m glad for a chance to clarify, but even more important this issue sheds light on the transformative experience of moving from therapy as the application of a method to doing therapy by following foundational processes.

A bit of background

The bulk of existing therapies arose from the genius of individuals who started from intuition, then built theories to describe what they had observed. That was the only way available to make sense of the complexity of the human mind. Like schools of science in the Middle Ages, one theory was as good as another, and schools competed for disciples by emphasizing their differences, not their similarities.

This “pre-paradigmatic” model remains dominant today, causing fragmentation of our field, confusion among clients, and unnecessary difficulty in teaching new therapists. The situation does not need to be that way. Since the turn of the 21st Century, we have enough knowledge to discern a core framework to explain how the many existing therapies are actually different ways to support the same few processes.

Inevitably, I am describing here my own transformation from applying a method and waiting for results to what I do now, conceptualize, monitor, and support clients change processes in universal terms, as they trade entrenched maladaptive patterns for better ways of responding. As I have come to "follow process," a few concepts, including “accurate empathy,” have stood out as having particular value.

Rogers defined accurate empathy thus: “An active interest in, and effort to understand the other’s internal perspective, to see the world through their eyes.” His intuition was that, given support in the form of unconditional positive regard, people’s inborn drive to self-actualize would lead to growth in a healthy direction. In Rogers’ Client Centered Therapy, accurate empathy, in which the person is truly understood and seen, is a central element in supplying the positive, supportive context needed for therapeutic growth.

Few would argue against the need to create a positive therapeutic relationship in which the client experiences a sense of safety, trust, and implicit support. On the other hand, the pure non-directiveness demanded by Rogers’ vision has been a source of debate, with purists insisting that unconditional positive regard, when adhered to strictly, eventually leads to growth. Others have argued that Rogers’ concept is too limited and that professional guidance is needed in some cases, especially when self-destructive tendencies can cause permanent damage.

I will suggest below that seeking a lucid understanding of how pathology develops and how change works leads to more flexible and natural answers to this question and similar ones that arise from the many intuition-derived theories of psychotherapy.

The origin of problems treatable in psychotherapy

Rogers saw the human tendency towards “self-actualization” and made that the centerpiece of his therapy. The corollary was that problems arise out of a failure to receive sufficient unconditional positive regard. Science has come far enough now to build a larger, more flexible concept of the origin of problems of the mind treatable in psychotherapy. Prior to humans, the mammalian brain evolved extensively as an organ for predicting threats and opportunities, and responding in ways that were advantageous to the species. We humans inherit a midbrain and limbic system closely analogous to other mammals, but with the addition of a much larger cortex for additional layers of flexibility. Knowing this, it is clear that simple statements about what drives us are too limited. Self actualization describes a significant part of our reactivity, but, for one example, leaves out survival.

Similarly, most therapies propose a simplified version of why we have problems and, inevitably, oversimplify how change takes place. Freud posited two basic drives. Watson built a model limited to stimuli and learned responses. CBT identifies problems as derived from irrational thoughts, without looking too closely at why the mind might generate such thoughts.

Today, we do better to realize that the mind has a highly developed system for appraising inputs making use of stored information and generating responses designed to avoid threats and take advantage of opportunities. Importantly, at the nexus between appraisal and response, are limbic emotions, the ones that automatically generate bodily changes such as tears or changes in breathing. Those dreaded emotions (which can also be described as activation of neurons in places like the amygdala), are, for the most part, what trigger those maladaptive patterns that are the focus of psychotherapy.

Trying to reduce this system to a single, or even a few “drives” necessarily oversimplifies millions of years of evolution, which has tended to retain any response pattern that has or once had a selective advantage. From that point of view, it is easy to see that, along with self-actualization, attachment, freezing responses, and shifting into “emergency mode,” to name only a few, are also highly supported by the human mind.

With an evolution-based conceptual framework to describe how the mind protects humans, it becomes clear that an important benefit of seeking deep, accurate, and personal understanding is to foster a sense of safety and to avoid triggering protective responses that tend to work against our client trying anything new. After all, how many mammalian young do their learning in the safety of a parent’s watchful eye.

Memory reconsolidation and the “healing moment”

The quintessential change mechanism of psychotherapy is memory reconsolidation. Once again, we owe to 21st Century science an understanding of the details of this change mechanism, which is rapid, does not require a lot of repetition, and is permanent. Yes, there are two other mechanisms of importance in psychotherapy, but one, extinction, is not permanent, and the other, new learning, adds to, but does not change our repertoire of responses.

To tie memory reconsolidation to every-day clinical experience, we need to think of what I will call the “healing moment.” Other names include the “Corrective Emotional Experience” and “Mindfulness.” This is the brief time when two critical events are juxtaposed. The first is “activation,” in which the limbic memory structures that trigger the old response pattern are in an active state. How can we tell? By the presence of “affect,” meaning conscious feeling accompanied by those automatic bodily changes like tears and altered breathing. The second is “illumination” in which new, surprising information is received on a limbic level and contradicts or invalidates the original maladaptive pattern. When both activation and illumination happen at the same time, biochemical events rewrite stored infomration and the client’s response to the same inputs is forever changed.

The triggers for maladaptive patterns are uncomfortable emotions, and the human mind uses a variety of means, some conscious and some not, to avoid those emotions and to avoid being aware of them. Simply knowing that fact, we can easily surmise that accurate empathy, exactly as Rogers defined it, will help to instill a sense of safety, which will free up communication between consciousness and the limbic system. Next, accurate empathy is both earned and given. The therapist demonstrates trustworthiness and a desire to understand in depth and the client shows and tells verbally and nonverbally. The act of recalling and sharing not only helps the therapist understand, but it also activates deep memory and emotion. Furthermore, the fact that the therapist shows a desire and readiness to achieve accurate empathy provides a rich source of reminders of past relationship events, which lead to responses known as transference.

Thus, in clinical practice, the giving and receiving of accurate empathy has multiple functions. And there is more.

The other half of the healing moment is how the therapist and the therapeutic relationship provide surprising new information, which triggers memory volatility and readiness for change by creating what neurophysiologists call “prediction error.” To simplify slightly, in Alexander and French’s concept of the Corrective Emotional Experience, the therapist’s benign response contradicts the client’s negative expectation, leading to change. Similarly in mindfulness, the client’s self-absorbed emotional response is transformed when illuminated by the larger perspective supplied by the therapist (or from within). Accurate empathy, fed back verbally and non-verbally, illuminates the client’s experience at the level of the limbic areas where troublesome responses are set in motion and can be modified through memory reconsolidation.

There are also times when maladaptive responses arise from more cognitively-based stored information, for example, a belief that one must be perfect to be loved. There, a more cognitive intervention such as reframing or interpretation, may be the source of surprising new information. Here is where the accurate part of empathic understanding is especially important. “If I understand right, you have a literal sense that you must be perfect to be loved. That must be a serious burden!”

Extending the meaning of accurate empathy

Returning to the question that a reader raised, my definition of accurate empathy is the same as that of Carl Rogers, but what is additional is that earning and receiving accurate empathy has several important roles in the therapeutic process. The transformation for the therapist is that being aware of each of those roles helps greatly in conducting therapeutic sessions. At times, the main role of accurate empathy is simply to earn trust and to motivate the client to share in more affective depth. At another times, we may be homing in on understanding just what it is the client is dreading. That is the deep emotional trigger for a maladaptive response. As we achieve a lucid understanding, we are both helping to activate the old response and illuminating with our new and different meaning applied to events, as demonstrated, for example, by the surprising calm with which we take in the client’s distressing feelings.

I call this transformation becoming a “lucid therapist.” What I mean is that the more we understand the infrastructure that explains the action of all therapies, the more precisely we are able to navigate and to envision what we need to do at any given moment. Furthermore, having such an understanding makes it clear how the techniques of different therapies accomplish the same goals. That allows us to choose from a broader repertoire of techniques and improves our ability to match therapy to the needs of the client and the situation. As we do so, we are “following process, not method.”

Please contribute! The best posts are often responses to questions and problem cases contributed by readers. Email me now!

The Common Infrastructure of Psychotherapy

How lucid clinical understanding of change processes will free you from the limitations of "branded" therapies and transform your practice.

Join our mailing list to receive the biweekly TIFTs as well as news and updates. Unsubscribe at any time 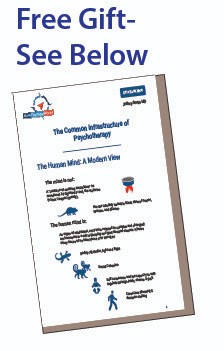