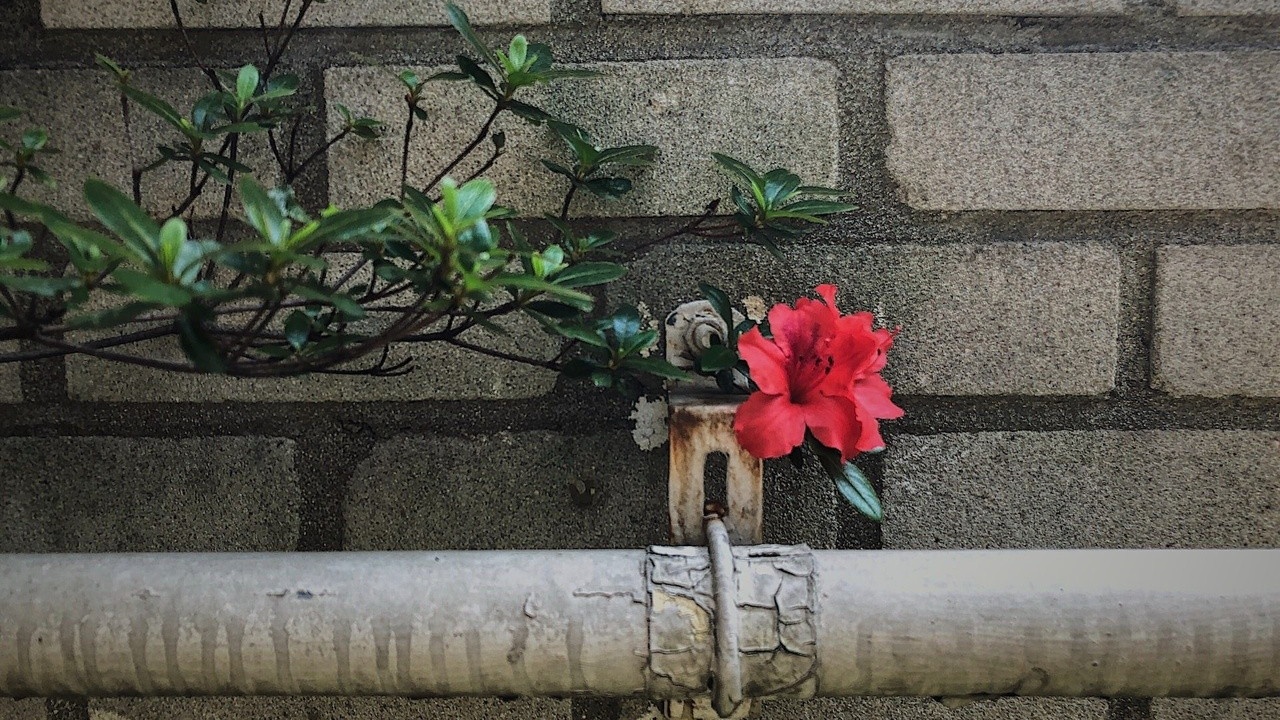 We all know that when clients show emotion in their sessions we are on the right track. We also know that purely intellectual interpretation or reframing is not effective. But the pipeline between client and therapist and between consciousness and the limbic system bears a harder look. It is complex, highly interesting, and central to the action of all kinds of psychotherapy. This post represents thoughts in reaction to an excellent online training I recently attended. Today, I want to talk about the pipeline and the different kinds of information that travel along it. We’ll also consider the healing effect of helping clients create for the first time a link that trauma prevented them from forming between bodily experience and conscious narrative.

This week, I enrolled in a training organized by Ruth Buczynski’s NICABM,* in which she, Peter Levine, Bessel van der Kolk, Pat Ogden, and Ruth Lanius talked about how the healing of trauma and the limbic system.

Even before the online course, I had been intrigued by Peter Levine’s examples of trauma in which people’s bodily self-defensive responses were inhibited in the midst of trauma and remained frozen in that state until released in the course of therapy. It was hard to tell from Dr. Levine’s descriptions quite how the release took place. It did involve communication leading to re-activation of the original scene. Discomfort with what I hadn't fully grasped is what attracted me to the training.

What is familiar is helping clients talk about the traumatic events and emotions in a way that brings the experience “into the room.” Verbal exploration is often effective in taking people back to a painful memory. That’s a first element in healing. Also familiar is that we may have to deal with some blockages. One is simple reluctance to re-experience painful emotions. We respect that reluctance but convey (and ensure) safety and offer hope of relief and healing. An important note is that letting go of conscious reluctance also requires trust. If there has been an unspoken rupture of trust, that will have to be recognized and resolved first.

Then the complexity begins. Verbal exploration is a two-way communication along a neural pipeline between the client’s limbic system and the client’s consciousness that then extends to the therapist’s consciousness, and the therapist’s limbic system. Within sessions, our questions and readiness to listen convey two meanings at the same time. To begin with, they narrow the focus to the area where the troublesome experience is encoded. At the same time, our manner says we are not afraid and our tone of voice sends a message of reassurance on a special channel native to the limbic system.

As the conversation moves forward, the client’s limbic system is activated and produces involuntary bodily changes like tears, facial expressions, changes in breathing and movement. Traveling up from the client's midbrain,these, too, occupy the privileged limbic channel straight to the therapist’s limbic system. That information activates the therapist’s empathy and, hopefully, travels up to the therapist’s intellect, leading to sensitive handling of the information, perhaps accompanied by a tentative verbal description of what he or she has understood. If on target, the therapist’s words, like those of a novelist, are processed by the client and further advance the dual functions started earlier of activating memory and conveying a sense of safety. Of particular importance, as emphasized in the training, they help build a connection between the client’s limbic memory and conscious mind. By building a connection to consciousness, events that have been isolated due to the intensity and danger of the traumatic situation, can, at last, be integrated with a healthy life narrative.

Communication works on multiple channels with multiple messages at the same time. Therapist words are used to evoke the memory. The closer they are to the actual experience, the more likely they are to trigger activation of emotion. But our tone of voice and the sensitivity of our actions also send information. They tell the client how aware we are that this is hard to do and can be alarming. Our pace communicates a willingness to take cues from the client, engendering trust.

As I have pointed out elsewhere, pharmaceutical advertisers display an advanced knowledge of the different channels. They use images, action, and tone of voice to express how great and worry-free their drug is. Meanwhile, they know that explaining the deadly side effects in a monotone will be filtered out and not make it to the limbic system, where the decision to “tell your doctor” takes place. They also know that the target individual's limbic system will communicate desire for the drug to the doctor’s limbic system, making the doctor more likely to respond by prescribing the expensive, patented drug, which he or she has already heard about from the limbic system of the smiling pharmaceutical representative.

But the limbic system is not knowable

As I have said before, affect, signifying conscious feeling accompanied by bodily changes, is our clinical indicator that the limbic system is talking to the client’s consciousness. Let’s go a bit further. Bodily expressions of emotion like tears are easy, but there are many other ways the limbic system pipeline transmits information. The training emphasized that posture and movement are important communicators. For example, a survivor of incest recalled vividly the day I reflected back that she had had to “scrunch down” her body and her whole self in order to cope with her family's betrayal and denial of responsibility. My evocative words got through on the limbic pipeline and led to a moment of healing. In the brain, words can be the links to emotion and emotion can, and often is, translated into words. We’ll talk below about the capacity for metaphor that makes this possible.

By this time, I hope we are visualizing communications from bottom up and from top down between limbic system and consciousness in both our clients and ourselves. Communication between the client’s consciousness and the therapist’s consciousness is another important section of the pipeline. Words are articulate. For both parties, consciousness and words add specificity and precision before being received and translated into emotions. Potentially we are working with 3 sections of pipeline with information traveling both ways and using multiple modalities or channels.

“The Mind is a Metaphor Engine”

I love that phrase because it captures a fundamental principle governing how the mind works. Free associations are easy and quick because they follow the natural mode of communication in the brain. So do opposites. In the brain, words and other sensory inputs activate chains of connected neural networks. In writing this post, I wanted a metaphor for reaching something deep. First came the metaphor of a surgeon doing robotic surgery. Then I though of trying to repair an underwater communication cable in the sea. One function of intellect is to filter out the associations that don’t work. I decided that neither of my metaphors was helpful in this discussion, but I kept the one of the pipeline.

Accurate empathy sounds dry, but it really means receiving a picture from the client, one conveyed by words as well as non-verbal cues. They activate our own cortical and limbic neural networks and triggers our own associations. The result approaches an understanding of specifics of the client’s experience along with an involuntary empathic response. Our intellect scans the data to check for accuracy and tactfulness. Perhaps we stop ourselves from responding verbally because the client is in the middle of feeling something and we need the limbic activation to continue for a few more seconds. Or maybe we feel the activation is at its peak and we use our associations and intellect to form words that let the client know we are in tune and that it is safe.

“You felt his heaviness. You wanted to throw him off, but you froze.” These aren’t “gut” words, specific to limbic communication, but if accurate, they can be highly evocative. Understanding the mind’s facility with translating from one metaphorical expression to another helps greatly in making sense of how words, tone, meaning, and actions communicate on both intellectual and limbic emotional channels.

This training, focused on trauma, puts particular emphasis on bodily movement. Words may not be strong enough. A child subjected to continuous disempowerment may internalize a sense of lacking power and agency, embodied as posture and inhibition of movement. Words that evoke movement may still not find their way down the pipeline to where inhibition remains stuck in a life-saving but frozen bodily configuration. Bessel van der Kolk points out how new soldiers, at the end of basic training, feel a sense of power and even invincibility. Their muscles are newly toned and they have performed physical feats they never thought they could. That may be the kind of feeling required as an antidote to a deeply internalized and embodied sense of powerlessness.

Once again, we can learn from advertisers. They regularly use movement to communicate. A woman dances across the screen with an infective freedom and rhythm until she joyously holds up the product. The antidote we wish to send down the pipeline is that the war is over. It’s OK to come out of hiding and extend the limbs as never before. The extraordinary flexibility of the mind allows so many ways to convey that movement.

The training built a case that there is no simple formula. Every client is different, and what it takes to connect limbic memory to consciousness is highly variable. The take-home is that we need to use our own limbic system and metaphor engine to discover words, word pictures, gestures, and movements that help bring the client to the next step in the process of, at last, integrating limbic experience with narrative consciousness and perspective.